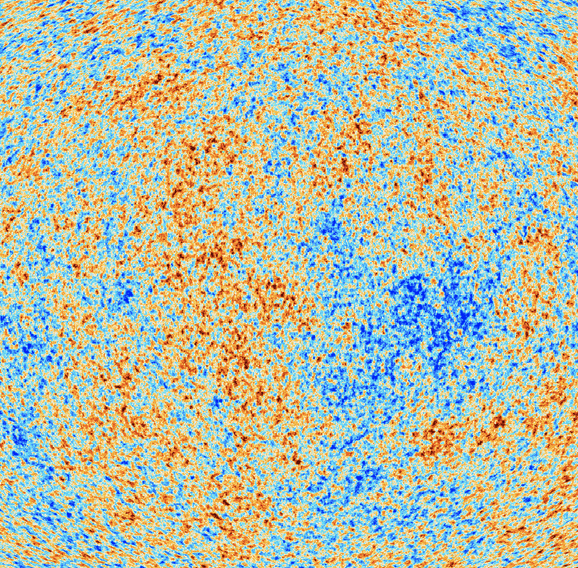 Figure 1: Temperature fluctuations in the cosmic microwave background as measured by the Planck satellite. The hot and cold spots in this map correspond to density variations in the matter 380 000 years after the Big Bang. A central goal of modern cosmology is to explain the origin of these fluctuations. Credit: Planck collaboration.

The early universe was hot and dense. Interactions between particles were very frequent and energetic. Matter was in the form of free electrons and atomic nuclei with light bouncing between them. As the primordial plasma cooled, the light elements (hydrogen, helium and lithium) formed. About 380 000 years after the Big Bang, the temperature had dropped enough for the first stable atoms to exist. At that moment, photons started to propagate freely through the universe. Today, billions of years later, we observe this afterglow of the Big Bang as a faint microwave radiation. This relic radiation isn’t completely uniform but varies in its intensity across the sky (see Fig. 1). These fluctuations reflect tiny variations in the density of the primordial matter, which over time, and under the influence of gravity, grew. Dense regions were getting denser. Eventually, galaxies, stars and planets formed and the large-scale structure of the universe was created.

But, what created the fluctuations in the cosmic microwave background? What was the fundamental origin of the large-scale structure of the universe? A remarkable fact about our Universe is that the structures we see around us are not distributed randomly but rather display interesting spatial correlations. A central challenge of modern cosmology is to construct a consistent history of the Universe that explains these correlations. Observations suggest that the primordial correlations were created before the hot Big Bang, at energies far exceeding those probed by particle colliders. Members of GRAPPA are playing a leading role in the quest to understand the Universe under these extreme conditions.

One of the leading proposals for the origin of structure in the Universe is “cosmological inflation.” According to this theory, the Universe experienced a burst of very rapid expansion just fractions of a second after the Big Bang. Microscopic quantum fluctuations got stretched to cosmic scales providing the seeds for the large-scale structure of the Universe. The correlations observed in the afterglow of the Big Bang were inherited from correlations in the quantum-mechanical fluctuations during inflation (see Fig. 2). While inflation is a very successful phenomenological model, it is not yet a complete theory. In particular, the physical origin of the inflationary expansion is still a mystery. Members of GRAPPA are investigating the physics of inflation in theories of quantum gravity and from the viewpoint of effective field theory (Baumann, Freivogel). They are also exploring the phenomenological consequences of inflation, including the possibility that inflation gave rise to primordial black holes (Bertone). 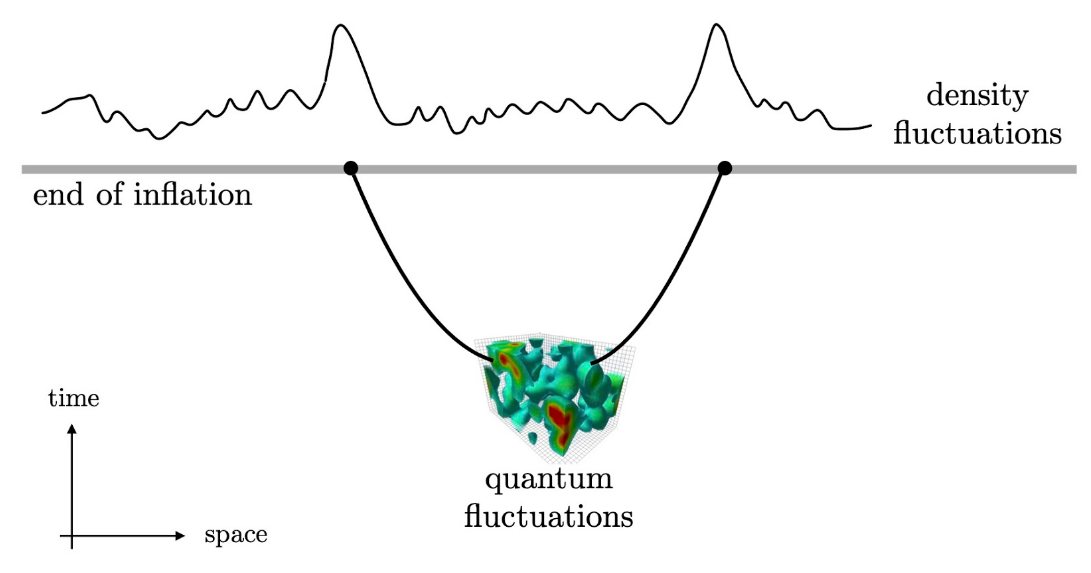 Caption: Quantum fluctuations during inflation produce correlated density fluctuations at the beginning of the hot Big Bang. Researchers at GRAPPA are exploring whether this mechanism was the origin of the large-scale structure of the Universe.