Neutrinos are electrically neutral subatomic particles. They have almost no mass. They also have a very weak interaction with matter. The consequence from this fact is that neutrinos will travel in a straight line from a cosmic source of high-energy neutrinos to Earth, with little absorption. This makes them potentially very good messengers of high-energy cosmic processes. Furthermore, neutrinos are interesting to study by themselves. Neutrinos are able to change their nature (“flavor”) when travelling, a phenomenon called neutrino oscillations. Precise measurements of these oscillations are able to reveal the properties of neutrinos, which is crucial for understanding their role in the history of the Universe.

Whenever neutrinos from the cosmos hit, for example, a water mass on Earth, most of them will simply travel straight through it. Only very occasionally will they collide with water molecules. When this happens, electrically charged muons are produced, which move in nearly the same direction as the neutrinos. These muons produce light as they move through the seawater. This is called Cherenkov radiation.

ANTARES is a neutrino telescope located on the bottom of the sea at a depth of 2500 meter, 40 km from the coast near Toulon, France. There, it searches for Cherenkov radiation as footprints of neutrinos. The seabed location is selected to largely shield the detector from disturbances by particles originating from the atmosphere. ANTARES aims to study neutrinos from the cosmos.

In order to improve the sensitivity for neutrino sources, a new neutrino telescope is needed that is more sensitive than ANTARES. To achieve this, the construction of KM3NeT started several years ago. KM3NeT is a neutrino telescope larger than a cubic kilometre. The building blocks of this detector are so-called Digital Optical Modules (DOMs). These are glass spheres filled with 31 phototubes that detect Cherenkov radiation. KM3NeT consists of hundreds of lines of about a kilometre in length. A single line contains 18 DOMs. Phase 1 of KM3NeT consists of 30 lines; 24 in Italy and 6 in France. Eventually, KM3NeT will consist of some 300 lines in two locations. Researchers hope to use KM3NeT to discover the cosmic sources of high-energy neutrinos, and how particle accelerators in the Universe work. Furthermore, KM3NeT will be able to study neutrino oscillations, and determine the neutrino mass ordering. The first KM3NeT lines have been deployed, and the detector is taking data.

The DUNE experiment operates very differently. A beam of muon neutrinos or muon antineutrinos will be sent from Fermilab near Chicago to a detector in South Dakota in the USA, 1300 kilometers away. Neutrino oscillations turn a fraction of these neutrinos to electron neutrinos or antineutrinos. The DUNE detector is a large volume time-projection-chamber filled with liquid argon, and measures particles from neutrino interactions in the argon with great detail. By studying the rate of electron - and muon neutrinos and antineutrinos, DUNE aims to detect violation of the CP-symmetry in neutrino interactions, and thereby shine light on the role of neutrinos in generating the Universe’ matter-antimatter asymmetry. A prototype detector for DUNE is constructed at CERN. 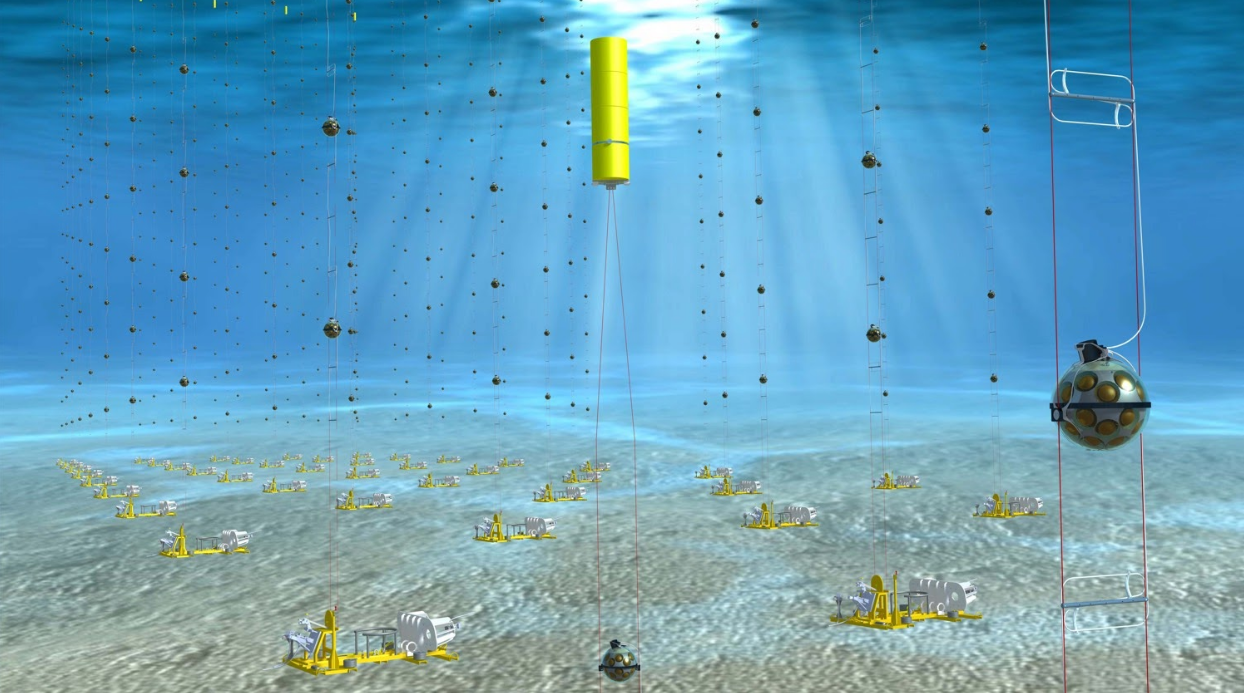 In Amsterdam, Nikhef (Bruijn, De Jong) is deeply involved in the construction of the KM3NeT detector DOMs and lines, and in the data analysis. We concentrate on the measurements of neutrino oscillations with the first data: triggering and data selection, detector calibration, neutrino reconstruction, event classification and fitting the data. The Nikhef KM3NeT group is also active in neutrino astronomy, with data from ANTARES, and preparing analyses for a larger KM3NeT detector.

The DUNE group (Decowski, De Jong) is active in the analysis of prototype DUNE data, data acquisition and event classification. 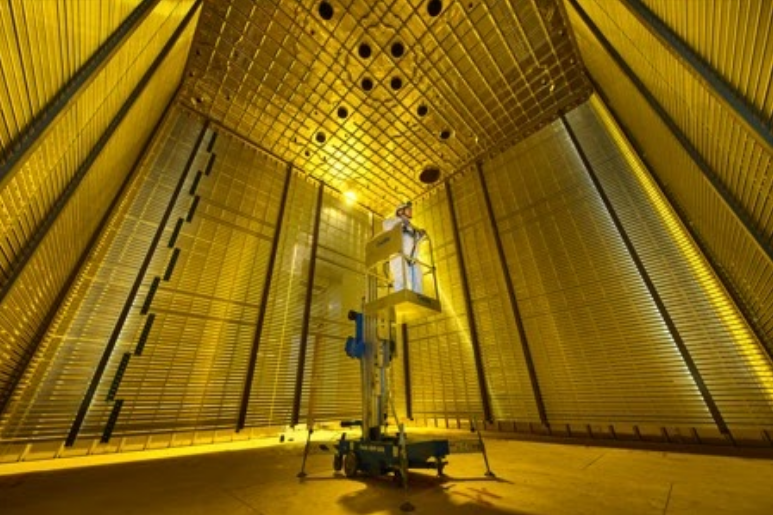